League City is located between three of the largest petrochemical clusters in the nation—the Houston Ship Channel, Chocolate Bayou, and Texas City—and close to four major shipping ports—Port of Houston, Port of Galveston, Port of Freeport, and Port of Texas City. It’s a 30-minute drive from both downtown Houston and the island of Galveston, and just 10 minutes from NASA Johnson Space Center.

League City is centrally located along I-45 between Houston and Galveston. Interstate 45, which serves as the main transportation corridor through Houston’s metropolitan region, traverses the center of the City providing residents access to I-10 and US 59. There are two beltways (Loop 610 and Beltway 8) around Houston that intersect with Interstate 45, giving access to all major cities in Texas.

Located within twenty miles of League City to the north are two airports, William P. Hobby, which is a major hub for Southwest Airlines and Ellington Field, which is used by NASA and private operators. George Bush Intercontinental Airport (IAH), is located north of the Houston Central Business District (CBD) and approximately 45 minutes from League City. IAH offers non-stop domestic and international service to more than 170 destinations.

The Union Pacific Railway operates one main line through League City, running parallel to I-45, and transporting goods to the Midwest, Southeast and West Coast.

Located 23 miles to the northeast of League City, the Port of Houston is a 25 mile long complex of diversified public and private facilities located a few hours sailing time from the Gulf of Mexico. The Port is ranked first in the United States in foreign waterborne tonnage and second in the U.S. in total tonnage. 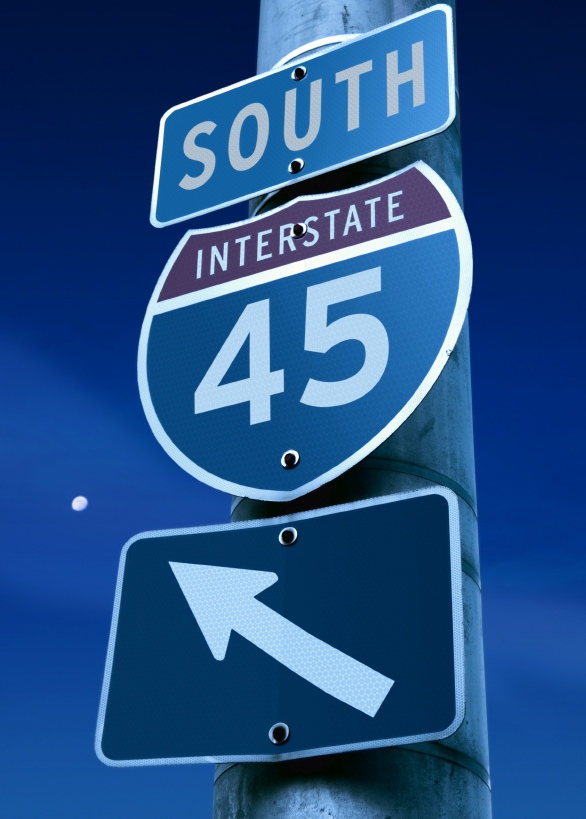